Meal frequency is a much-discussed topic. Should you eat several small meals or 3 large ones? What is better for health? What works better for weight loss?

Many of us may have heard that eating several small meals daily can help improve metabolism and achieve optimal health. However, evidence to support this claim is mixed.

It is widely accepted in modern culture that people should divide their daily diet into three large meals — breakfast, lunch, and dinner — for optimal health. This belief primarily stems from culture and early epidemiological studies.

In recent years, however, experts have begun to change their perspective, suggesting that eating smaller, more frequent meals may be best for preventing chronic disease and weight loss. As a result, more people are changing their eating patterns in favor of eating several small meals throughout the day.

Those who advocate for eating small, frequent meals suggest that this eating pattern can:

• improve satiety, or feeling full after a meal
• increase metabolism and body composition
• prevent dips in energy
• stabilize blood sugar
• prevent overeating.
While a few studies support these recommendations, others show no significant benefit. In fact, some research suggests it may be more beneficial to stick with three larger meals.

Here is what the research says.

Over the years, some studies have supported these findings, suggesting that people who report eating small, frequent meals have better cholesterol levels than those who consume fewer than three meals per day.

In particular, one 2019 cross-sectional study that compared eating fewer than three meals per day or more than four meals per day found that consuming more than four meals increases HDL (high-density lipoprotein) cholesterol and lowers fasting triglycerides more effectively. Higher levels of HDL are associated with a reduced risk of heart disease.

This study observed no differences in total cholesterol or LDL (low-density lipoprotein) cholesterol. It is important to note, however, that this is an observational study, meaning it can only prove association, not causation.

Additionally, one review published in the American Heart Association’s journal Circulation Source concluded that greater eating frequency is associated with a reduced risk for diabetes and cardiovascular disease, according to epidemiological studies.

There is a commonly held notion that more frequent meals can help influence weight loss. However, the research on this remains mixed.

At the end of the study, researchers observed no difference in energy expenditure and body fat loss between the two groups. Interestingly, those who consumed six smaller meals throughout the day had increased hunger levels and desire to eat compared to those who ate three larger meals per day.

Although calorie intake was controlled in both groups, researchers hypothesized that those who consumed frequent meals would be more likely to consume more daily calories than those who ate less frequently.

Results of another large observational study suggest that healthy adults may prevent long-term weight gain by:

Moreover, according to the United States Department of Agriculture (USDA) Scientific Report of the 2020 Dietary Guidelines Advisory Committee, due to inconsistencies and limitations in the current body of evidence, there is insufficient evidence to determine the relationship between meal frequency and body composition and the risk of overweight and obesity.

Small, frequent meals are often touted as a cure-all for obesity. Many believe that eating every 2 to 3 hours can help boost metabolism. Digestion of food does require energy. This is known as the thermic effect of food. However, it does not appear that meal frequency plays a role in boosting metabolism. In fact, some studies suggest fewer, larger meals may increase TEF more than eating frequent meals.

Is one better than the other?

Based on the presented studies, no substantial evidence supports one eating pattern over the other. Yet many of these studies also have limitations.

For example, there is no universally accepted definition of what a meal or snack consists of. This can have an impact on study outcomes.

With that said, both eating patterns can be beneficial as long the primary focus is on healthful eating habits.

The best diet for optimal health

While we do not have strong evidence to support the importance of meal frequency, substantial evidence supports the overall health benefits of following a well-balanced, nutrient-rich diet.

According to the Dietary Guidelines for Americans 2020–2025, a healthy diet should:

Evidence is mixed about the importance of food frequency. While there is no solid evidence to suggest that one eating style is superior to the other, both can offer health and wellness benefits if you follow a healthy eating pattern.

Thus, it ultimately comes down to personal preference and which approach works best for you. Additionally, if you have certain health conditions, one style may benefit you over the other. 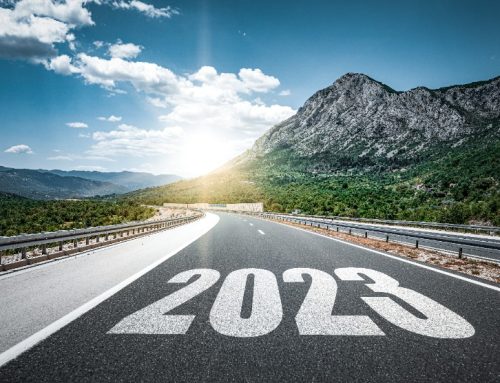